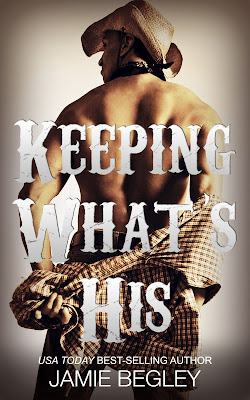 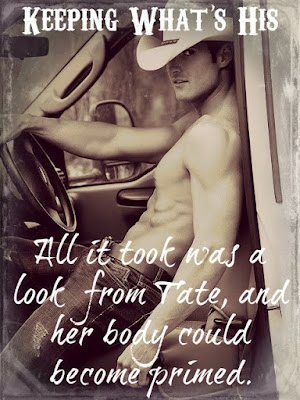 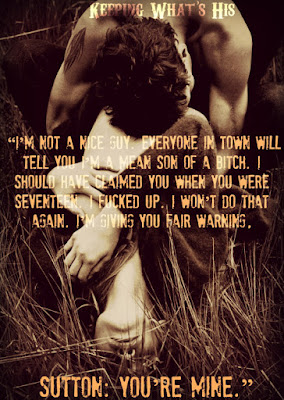 “She’s not had an easy time since she’s been gone.” Rachel’s soft voice didn’t rouse his sympathy.
The soothing warmth he was receiving from his sister’s hand on his arm didn’t dispel the churning anger in his stomach, and Tate refused to talk about Sutton any longer.
Rachel sighed. “Your temper is going to be your downfall, Tate. Greer may be a hothead, but he gets over it fast. You hold a grudge forever.”
“Yes, I do.” He and Cash had a contentious past over women, but the only one Cash had succeeded in angering him over was Sutton.
“You’re an asshole. I never touched Sutton, but you’re not going to change your mind despite me telling you the truth. Ask me about any woman in town, and I’ll tell you the truth; why would I lie about her?”
“Maybe because your wife is sitting right here,” Tate replied sarcastically.
“I’ve never denied my past to Rachel,” Cash snapped back.
“Then it’s because you knew I cared about her.”
Cash snorted. “You didn’t care about Sutton. You let her go easily enough. If you were as into her as you’re acting, you would have whipped my ass over her. Greer tried to give me a beating over that slut Diane. You just asked Lisa to the prom, instead. You were just tired of having blue balls, and it gave you the excuse to do what you wanted to do all along.”
“Which was what?” Tate snarled.
“Breakup with Sutton and fuck Lisa.”
Tate stood, his chair scrapping back. “I’ve gotta go before I knock the shit out of you. I can’t afford to do any jail time right now. Bye, Rach.”
“Tate!”


He ignored his sister trying to call him back. He didn’t bother paying his bill, either, knowing Cash would take care of it. The son of a bitch deserved to pay his tab.

Posted by Liberty Ireland at 7:09 AM