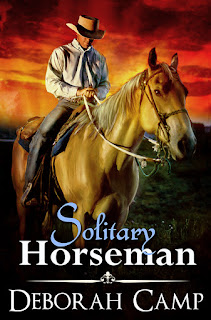 The Civil War is over, but the battles continue. Callum Latimer returned from the war to a life he didn’t want and with inner battle scars he can’t heal.  Banner Payne clutched desperately to the remaining shreds of the life she’d known, but she is losing her grip. Brought together by bad luck and cruel twists of fate, Callum and Banner forge a partnership they hope will keep them afloat even as neighboring Texas ranchers go under and their land is snapped up by opportunists.


Fate smiles on them and Callum and Banner find the missing pieces of themselves in each other.  Healing begins as their hearts are awakened. Now they must remain strong in their determination to forge a more peaceful existence and not be poisoned by the bitterness of a country still divided.

In the kitchen, she began preparing to wash the dishes, as she went over and over the unsettling conversation. So, the vigilante groups were stirring up more trouble along with memories that some people were trying hard to bury. She’d noticed that Hollis seemed to be worse lately. Sullen. Anger simmering just below the surface. Stalking off to be alone with his thoughts. Snapping at her when she questioned him about his moods.
They finished eating, sopping up the last of the gravy with biscuits and popping the final bite of bacon or sausage into their mouths. All except for Callum, who seemed to have lost his appetite. He pushed aside his plate, nodding when Banner reached to take it away.

Her brother was a sensitive soul and when there was unrest around him, he felt it, through and through. Living with him when he was jittery was like handling a porcupine. There was no way to touch it without getting pricked.

Someone cleared his throat right behind her and Banner spun around with a gasp, her wet hands flying up and slinging drops of water across Callum’s faded red shirt.

“Didn’t mean to startle you.”

He shrugged. Banner hoped to see a softening in his eyes and she was disappointed.

“I’ll be back tonight, but it will be late. You go on home at the usual time.”

“I was mighty proud of you just now.”

He raised his brows and shook his head, clearly puzzled.

“What you said about the war and how nobody wins a fight.”

He held his hat in one hand and rubbed his chin with the other. “I don’t think I said that exactly. Fights are won, but sometimes the cost isn’t worth it.” He took a step back from her, running his hand down the front of his shirt and Banner watched the journey.

She so loved his hands. Long fingers, wide palm. She knew the tenderness of his touch and how they could trail fire along her skin. “I’ve missed you.”

He stared at her a few moments and something vulnerable shimmered in his eyes before he abruptly turned and walked away from her. “I need to get.”

“Callum!” She grabbed the back of his shirt. “Wait.” When he didn’t face her, she stepped around him. “Is something wrong? I feel like we’re on a seesaw here. Up and down. Up and down.”

Walking his fingers around the brim of his hat, he avoided her probing gaze. “I guess that sums it up. I’ve had a lot of time to think lately and maybe you’re right. We need to keep our heads clear and . . . well, a woman like you and a man like me . . .” He shrugged.

What in tarnation did that mean? Was this about her being a lowly Payne? Feeling as if he’d ripped opened an old wound, she glared at him, but he wasn’t looking at her. Finally, he glanced up and his eyes widened fractionally.

“Go on then.” Banner snatched his hat out of his hands and whacked him with it. “Get. I don’t have time anymore for this silly game.” His look of surprise angered her even more and she crushed his hat against his chest, making him grab it. She caught sight of Shane standing in the dining room, not hiding his curiosity at the scene unfolding. “Shane needs to talk to you. I’m finished with you.” Whirling around, she stomped through the kitchen and out the back door where the air was bitterly cold, matching the season in her heart. She would not cry! She wouldn’t! Should have known that he’d finally realize that he was too good and proper to be sporting with that Payne gal. He’d been raised to see her as filth and he couldn’t shake it.

Striding purposefully across the frozen ground, she made a beeline for the hen house. It would be warmer in there. Mary had already collected the eggs, but there were probably a few more that she could—.

Out of the corner of her eye, she saw the scrawled lettering across a big white banner that had been nailed to the side of the barn and her shoes slipped in the snow. She almost fell, but regained her balance in the nick of time. Staring at the ugly message, she was aware of pounding footfalls behind her.

“Damn it all, Banner! Just hold up. I didn’t mean to—.” Callum’s grouchy apology stopped at the same time he did. “What the hell?”


A Confederate flag was nailed below the fluttering white sheet that bore the menacing order. When had this been done? Banner wondered, her mind spinning back to when she’d been out earlier. She would have noticed it then. And the men had ridden up for breakfast! They would have seen it. Someone – no, more than one person – had done this while they’d all been inside. The audacity!

Banner looked at Callum, sharing his disgust but not the wrath stamped on his chiseled features. She touched his hand. “Callum . . .” she whispered, trying to calm him.

He backed away, having none of it. “No. Don’t. Not now, Banner.” Then he spun about and marched toward the house again, yelling to Shane. “Take that bullshit down off the barn and burn it. The flag, too! Do it now.”

Banner stood rooted to the spot as Callum swung up into Butter’s saddle and rode away, the horse’s hooves muffled by the snow. Cold air wrapped around her and she shivered, her teeth rattling.

Looking toward the house again, she saw Seth Latimer standing on the front porch, his squinty eyes fixed on the barn. He shook his head slowly, then turned and made his way back into the house.

Banner went inside, too, but she stood at the kitchen window and watched as Shane jerked down the big sheet and Confederate flag. He bundled them up and set them on fire, standing near them until they were nothing but ashes scattered by winter’s breath.

Gone. But the malevolence had left its stain like the black hole in the snow. 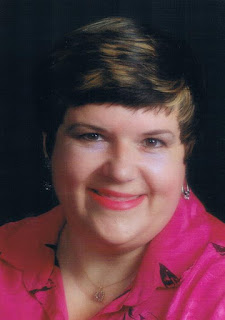 Author of more than 45 novels, Deborah lives in Oklahoma. She has been a full-time writer since she graduated from the University of Tulsa. She worked for a few years as a reporter for newspapers before becoming a freelance writer. Deborah’s first novel was published in the late 1970s and her books have been published by Jove, New American Library, Harlequin, Silhouette, and Avon. She has been inducted into the Oklahoma Authors Hall of Fame and she is a charter member of the Romance Writers of America. She is also a member of the Author’s Guild.

Lover of the west and the people who tried to tame it, Deborah likes to write about strong, independent women and the men who are their equals. She grew up on a diet of TV westerns which have served her well. Since she appreciates men with devilish twinkles in their eyes, she likes to mix laughter in with the love scenes in her books. Also widely published in non-fiction, she writes and edits for a magazine focused on small businesses. Deborah taught fiction writing for more than 10 years at a community college. She is currently working on her next historical romance set in the wild, wonderful west.

Her books have been re-issued on Amazon for Kindle Direct and have attracted tens of thousands of new fans. For a list of them, visit her website.


One randomly chosen winner via rafflecopter will win a $50 Amazon/BN.com gift card.

Posted by Liberty Ireland at 3:00 AM