~~~previously posted 7/8/15~~~
Having read the first book in this series, Rocky Mountain Heat, I knew I was bound to love all of the Six Pack Boys and their women.  Then I had the chance to purchase Rocky Mountain Rebel at a special price, right after it was released on audio and discovered I could actually listen to this when I had my headache so I was sure I had died and gone to heaven! 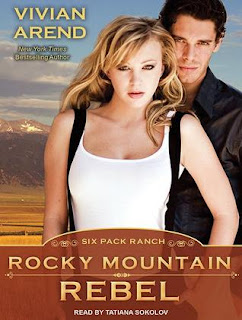 Loved the Six Pack before and this was no different. Fun to finally get to know Joel and happy to see him grow up and turn out to be a real Coleman to be proud of.  Vicki has a sad yet interesting story and the two of them together make a great pair. I had no trouble visualizing them and loved what I saw! They overcame some important obstacles and Joel was a true knight in shining armor.

The bad guys were well written. Instead of going for the melodramatic flair, Vivian wrote them much closer to the 'villains' we often deal with in our daily life, something I really commend her for doing.

In the end, did true love conquer all for Joel and Vicky or did they accomplish their goals and go their separate ways? Only the reader will know. *grin*  Please note that these are hot, sexually explicit books that left this Cowgirl smiling.
Since I happened to enjoy this book via Audible as a recorded performance, it's only fair I comment on that as well. As for Ms. Sokolov as the narrator, overall she really did a terrific job. Her diction was clear and her voices made the characters clearly individual. I had a problem with the voice she used for Joel, especially in the beginning as it made him sound slow and unintelligent when he is anything but. As time passed I was able to overlook it more as I focused on the story itself. I would certainly listen to another book narrated by her in the future. 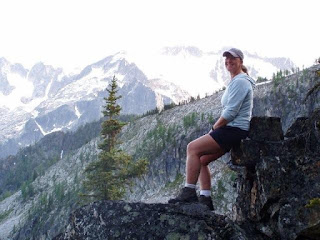 Vivian Arend in one word: Adventurous. In a sentence: Willing to try just about anything once. That wide-eyed attitude has taken her around North America, through parts of Europe, and into Central and South America, often with no running water.

Her optimistic outlook also meant that when challenged to write a book, she gave it a shot, and discovered creating worlds to play in was nearly as addictive as traveling the real one. Now a New York Times and USA bestselling author of over 30 novels and short stories in both contemporary and paranormal genres, Vivian continues to explore, write and otherwise keep herself well-entertained.


She loves to hear from readers- vivarend@gmail.com You can also drop by http://vivianarend.com for more information on what is coming next.

Posted by Liberty Ireland at 4:50 PM