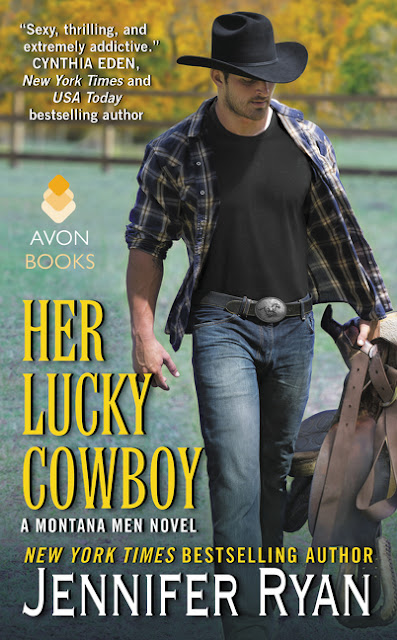 Champion rodeo rider Dane Bowden is eight seconds from winning under the Vegas lights, one last hurrah before reluctantly returning to his family’s Montana ranch. But his bull has other plans. When Dane wakes up, he’s sure he’s died and gone to heaven . . . because the doctor who comes to his aid is the same girl who saved his life and disappeared years ago.

Bell would do anything for Dane. He’s the fantasy that always kept her going. A child genius hidden away by her family, Bell was the secret no one talked about, the girl no one wanted. Despite finding success as a young surgeon, she’s still the awkward girl who’s never had a boyfriend. So why does Dane, a notorious playboy and sizzling-hot cowboy, insist on taking her on a real date?

Bell is the only woman in Dane’s heart. When a rodeo rivalry turns deadly, it’s his turn to save Bell’s life—because he sure as hell won’t lose his guardian angel again.

A hand settled on his shoulder and shook him. He groggily moaned and tried to open his eyes. The bright sun blinded him until his father leaned over and blocked the light as he stared down at Dane.

“Are you okay, son? Is anything broken?”

“My head hurts. Ankle, too, but nothing is broken but my pride. I fell off my damn horse.”

“I think so.” Dane pressed his hands down at his sides and rose to sitting. The wet piece of fabric fell from his head and landed on his bare belly, along with the blue feather that fluttered into his lap. “Where is she?”

“She helped me. She’s got to be around here somewhere.”

“There’s no one for miles.”

“Your horse came home without you. I know you like to ride along the river, so I followed your trail.” His dad cocked his head, his eyes taking on a thoughtful gleam. “I did think I heard you whistle for me.”

“Must have been the wind in the trees.”

Dane didn’t think so. He pinched the end of the feather between his thumb and index finger and stared at it. He scanned the riverbank and out toward the hills. He didn’t see her anywhere. He didn’t understand the way his chest went tight and the sadness that overtook him. Nothing but his regret that he didn’t get to thank her or say goodbye. He never got her name.

His dad held out his hand. Dane took it. His father pulled him up, and Dane stood on his good leg. He tested out his twisted ankle. The slight pressure sent a bolt of pain up his leg.

“You did a good job using your shirt to bind that ankle and staunch the bleeding on your head.”

His father eyed him, shaking his head side to side. “Dane—”

“Okay, son. I believe you, but I didn’t see anyone out here with you. I don’t know where she could have gone. We’re in the middle of nowhere.”

Which was the reason Dane liked it out here so much. Still, how did she get out here, and where did she go?

He lifted himself up into the saddle and grabbed the reins on the horse his father brought back for him to ride. He kept his eyes trained, searching the entire area the whole way back home, but he saw nothing, no one.

Dane went back to the spot beside the river more than a dozen times, looking for his dark-haired, blue-eyed angel. He never found her, but he’d never forget her either.

Everything's bigger in Big Sky country, including the hearts of the Montana Men


Just thinking about the men I know personally up in Montana, I'd have to agree with Jennifer's statement.  Some good folks up there.  And in HER LUCKY COWBOY, the same holds true.  But before you settle in to read this book, be prepared: This is a NLK (Needs LOTS of Kleenex) book!

Dane is the youngest of the Bowden boys.  Early on in his life, he had a special encounter with someone he could only refer to as his 'angel' and he never forgot her.  Time passed and he grew up, ready for his final rodeo championship prior to his retirement and taking over the Bowden family ranch.  Of course, it could not go smoothly.  Where would the fun be in that?  His 'angel' to the rescue only this time she has a name to go with the face.  Bell.  Now we have the premise for a relationship here.  Unfortunately Dane has a reputation of being something of a ladies man - Bull rider, you know and Bell comes from a horrible childhood where she was unwanted and unloved.  That leaves her unbelieving that Dane could have any true interest in her.

When Shakespeare said that the path to true love never did run smooth, he was right.  Dane and Bell had all kinds of ups and downs in their romance and I cried right along with them but I loved every minute of it.  I wanted to take a horse whip to Bell's parents and family and become a part of the Bowden clan.  Of course, I fell in love with Montana all over again. 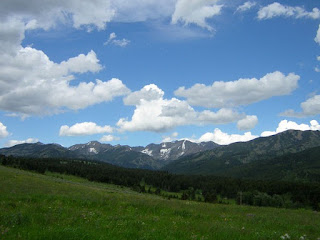 Jennifer has a wonderful touch when it comes to writing about love and ranching and Cowboys and Montana and that whole way of life.  I would read anything she wrote and I hope you would too.

I received this ARC copy of Her Lucky Cowboy from Edelweiss via Tasty Book Tours for an honest review. This book is set for publication August 25, 2015. 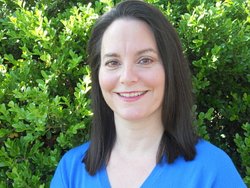 Jennifer Ryan is the New York Times & USA Today bestselling author of The Hunted Series and The McBrides Series. She writes romantic suspense and contemporary small-town romances featuring strong men and equally resilient women. Her stories are filled with love, family, friendship, and the happily-ever-after we all hope to find.

Jennifer lives in the San Francisco Bay Area with her husband and three children. When she isn’t writing a book, she’s reading one. Her obsession with both is often revealed in the state of her home and in how late dinner is to the table. When she finally leaves those fictional worlds, you’ll find her in the garden, playing in the dirt and daydreaming about people who live only in her head, until she puts them on paper. 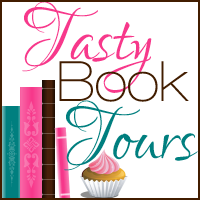 Posted by Liberty Ireland at 5:45 AM