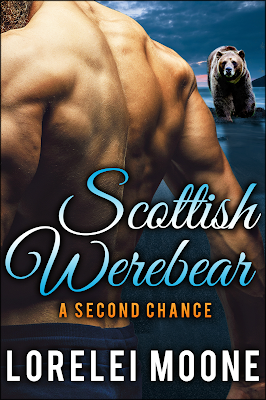 BUY:
Amazon (#FREE with #KindleUnlimited): http://amzn.to/2b6dQPT
Paperback: http://amzn.to/2byYXDM
Amazon CA: http://amzn.to/2bydylu
Amazon UK: http://amzn.to/2bycLkm
After months of preparations, the New Alliance is ready to reveal itself in a spectacular fashion. James Finch joins his comrades and exposes his true nature in front of the world media. He was prepared for some fall-out but finds himself in a bind when he is reunited with ‘the one that got away’.
When Charlie McAllister switches on the TV after a trying day working at the Edinburgh Herald, the last thing she expects to see is her former flame, James. As she watches him transform into a bear, she has two realizations. This must be why he dumped her so many years ago, and, finally she has a chance to bag a real story and make a name for herself.
Surely, with James’s true nature revealed, nothing stands in the way of their second chance at happiness, right? Wrong. You don’t just expose an ancient secret without rubbing a lot of folk the wrong way. Now, James and everyone close to him have targets on their backs.
This paranormal romance novella is the sixth and final installment of the Scottish Werebear series. For the best experience, readers are advised to read the series in order.

HAVEN'T READ ANY OF THE BOOKS IN THE SCOTTISH WEREBEAR SERIES?

TRY OUT AN UNEXPECTED AFFAIR, BOOK #1 IN THIS HOT PARANORMAL SERIES FOR FREE! 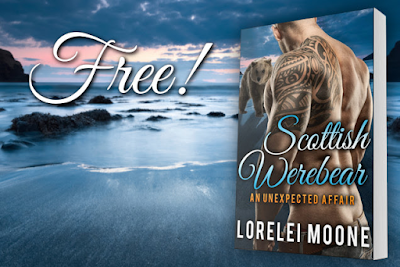 DON'T MISS THE OTHER BOOKS IN THE SEXY SCOTTISH WEREBEAR SERIES! 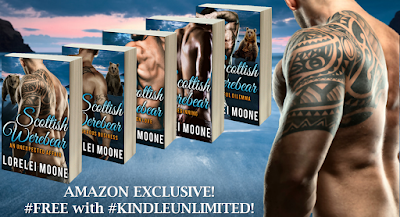 Lorelei Moone is an up-and-coming author of paranormal romance based in London. Her first book, Scottish Werebear: An Unexpected Affair has hit the virtual shelves on Amazon on 25 September 2015, and her second, Scottish Werebear: A Dangerous Business a month later on the 25th of October. A lover of all things sweet, and caffeinated, when she’s not writing about sexy bear shifters and their strong-willed curvaceous love interests, Lorelei can be found baking cookies or cakes for her family. Posted by Liberty Ireland at 5:01 AM