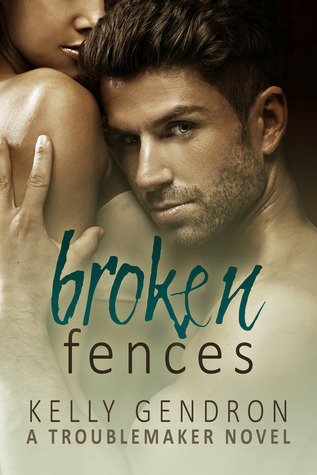 
It took Dusty Owens two years to land Colden "Saint" James, even if it was for only one night, but the very next day, he was gone. Now, years later, the "Saint" has returned, but he's no longer the do-gooder rookie cop Dusty remembers.
Dusty Owens always had a way of making every single one of Colden's man parts go all hard. He'd been so close to falling for the girl before he'd left Odessa. Now, due to a troublemaking photo, Colden must return to his hometown to keep her safe. Trouble is, he's a different man-not to mention the change. Well, it's gonna cause all kinds of problems where Dusty Owens and all of his man parts are concerned.
*Warning ~ This book contains explicit sex scenes, graphic language, and is intended for mature audiences.

Add to TBR on Goodreads


The loud squeal may have jilted her heart, but it was the flying pig that stopped Dusty Owens dead in her tracks. Damn that Jesse Walker and his pigs! If the man insisted on traveling with animals in the back of his truck, he needed to learn how to build a proper cage.

With its short, tiny legs, the piggy was getting away. Dusty chased and dived, sliding sideways onto the dirt road to catch the slippery squealing thing. They wrestled in the mud until she finally had a good grip on it. She carried the writhing animal over to Walker’s truck and jerked on the door handle. Ha! It was unlocked. She placed the muddy pig on the front seat and closed the door. Take that, Jesse Walker!

Next, she headed toward The Bucking Barrel, the tavern best known for its monthly mechanical bull competition. It was also known for being run by the youngest and most prosperous owner in the Odessa area, Dusty Owens herself. Besides being the proprietor of The Bucking Barrel, Dusty was also known for something else. She’d held the female mechanical bull record in Texas for the longest streak in the competition. In other parts of the country, that might not have meant much, but in Texas, it was quite an achievement.

Dusty pushed the front door open only to hear “Save a Horse, Ride a Cowboy” blasting out of the speakers. A couple of girls were dancing together in front of the DJ, their bootin’, scootin’, and boogyin’ causing the few cowboys nearby to drool like a cow chewing its cud. After taking a quick sweep of the place, Dusty grinned. The speakers weren’t the only things booming. The place was busy for a Tuesday.

“Whoa! You look a mess, Dusty! What the hell happened to ya?” Jesse Walker said, sitting at the bar with that shit-eatin’ grin he seemed to wear on a permanent basis.

She smirked. “Me? You oughtta see the front seat of your pickup, Walker.” She pointed at him. “I told you to take care of those pigs.”

With his beer midway to his mouth, Jesse eyed her as she strolled on by. It took a minute for her words to sink in, but when they did, they must have hit him like a ton of bricks. “Shit! Dusty!” He slammed the beer down on the bar. “That truck’s brand new!” he shouted and shot for the door.

“Shit, Jesse,” she mocked over her shoulder. “So are these damn boots!”

Not giving Walker another thought, Dusty set her eyes on the real cause for her late-night visit to the bar, the reason she’d had to put her favorite TVshow on pause, get dressed, jump in her own truck, and haul herself back to the place she’d mentally punched out of three hours earlier—all after putting in ten hours behind the bar. There was only one reason for that, and that reason was Jimmy James. If there was one thing Dusty couldn’t tolerate, it was seeing her cousin Sissy cry, and Jimmy wasn’t about to get away with causing it.

Dusty wandered to the back of the bar, where she found Odessa’s six-pack of trouble.

The group of little hell-raising heartthrobs were really nothing but boys trying to be men, ranging in age from twenty-two to twenty-six. The one betrothed to her cousin, Jimmy, was swaying over the pool table with a pool stick in his hand.

“Hey!” Dusty called out to her cousin’s fiancé.

His eyes shifted from the cue ball to Dusty. Damn those James eyes! Jimmy’s were a slightly duller shade of green, but every time she fell into them, Colden, the older James brother, popped into her head, her heart and—well, although he’d been absent for years, just the thought of him still found a way between her legs to give her a little tug there too.

She stopped in front of the table and placed her hand on her hip, it slid off in the mud left over from her pig wresting. She dug her fingers into the filthy denim to keep it in place. “All she wanted was for you to taste some freaking cake, look at a few flower arrangements, and pick out a damn invitation for the wedding. That’s it!”

“Listen, Dusty…” Jimmy flung the pool stick up from the table, and it hit the floor. “I was gonna go with Sissy. Hell, I even cut out of work early. Matter fact, I was on my way to meet her, but then I got called back.” He tipped his fallen cowboy hat back up and gave her a quick glance. “One of our tractors stalled on Dirky Road and—”

“So you couldn’t call her?”

“Shit!” he dragged out in a manly whine. “You know how she can be. Sissy woulda been all upset and started bawlin’. I can’t bear to see her like that. It always breaks my damn heart.”

“If you’ve even got one.” Dusty glared at him. “So let me get this straight. In order to keep yourself from having to hear her cry, you took the easy way out and left me to deal with it. Well, while your tiny little excuse for a heart’s still intact, Sissy’s big one is broken. Your fiancée is at my house right now, cryin’ her pretty little eyes out, and here you are snot-slinging drunk and shootin’ pool!”

Jimmy opened his mouth, but a distinguished voice interrupted him. “Come on, girl. Give the kid a break,” the sound huskily drawled from behind Dusty’s ear.

It wasn’t the comment that sent every hair on her neck into a standing position, nor was it that someone was actually sticking up for Jimmy James. No, it was the sound of the voice. It was a little deeper and a whole lot more confident, but she still recognized it. It belonged to none other than Colden “Saint” James. The last time she’d seen the so-called Saint was when he was twenty-four years old, a rookie cop in Odessa, a mild mannered do-gooder, almost on the verge of being plain boring. But no matter how quiet or law-abiding he had been, Dusty had always had a thing for him.

After all these years, what the hell is Mr. Goody Two Shoes doing back in Odessa?

Holy Hotness Batman!  I now need a cold shower!  BROKEN FENCES has come to town-er my eReader anyway. I may be late to this rodeo but dang if I didn’t want to ride it for the entire 8!

BROKEN FENCES by Kelly Gendron is the first in her series of 5 books known as The Troublemaker Series and that is an excellent name for the hero of this book, Mr. Colden James. In essence, Colden took Dusty’s virginity up against a fence (and broke it, thus the name Broken Fences) then hightailed it out of town for the next 6 years without word one. Dusty was understandable heartbroken, especially when his brother told her Colden was married and had kids.  In reality, Colden had been undercover for the FBI but when his cover is probably blown, the first thing he thinks of is protecting those he cares for – His family and Dusty.

The rest of the book was what I fell head over heels for.  The repartee between Dusty and Colden was witty and smacked of reality.  Their interaction was so deliciously entertaining and yet bittersweet at the same time. When they finally started using their mouths for something other than talking, things started to heat up quickly and if I wasn’t already in love with Colden, I was after he said things like, "I'm through giving, pretty girl. Now it's takin' time. But you don't worry. You're gonna like what I plan to take from you. I promise." I do love a man who keeps his word. ::grin::

As I was reading, there were a couple of things that bothered me.  Namely they all related to Dusty’s role.  She was the one hurt.  She was the one kept in the dark and then Colden arrives and he still isn’t honest with her for a long time. He left again but said he’d be right back but she had no real reason to believe him. None of that sat right with me.  It made me feel like she was just slightly out of focus.  (It probably made her ‘feel’ like she was slightly out of focus too. ;) )  Relationships need to be balanced, even in books for me so this was a plot issue for me.

I am a sucker for a love story and I certainly wanted to believe that love could conquer all in BROKEN FENCES. With all the smokin’ hot sex, obviously this book is not for everyone so choose accordingly.  If you love your men hard, your women sassy, your sex burnin’ up the pages and everyone driving for that HEA or at least HFN, then is this a fantastic choice of book.  Just keep your boots in the stirrups and your butt in the saddle ‘cuz this one makes it all to the buzzer!

I received a copy of this book from a tour promoter in exchange for an honest review. All opinions are my own, and I was not compensated for this review. 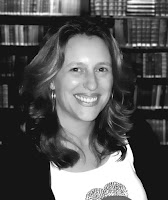 Kelly’s motto ~ "Bad boys, give 'em a little time and experience, and they will evolve into misbehaving men!" And what hot-blooded woman doesn’t want a naughty, all grown up bad boy?

Kelly Gendron is the author of the TroubleMaker series, Breaking the Declan Brothers, and a few other romantic suspense novels. When she's not writing steamy, blush producing romances, she's out meeting new people while representing a group of reputable nursing facilities. You can find Kelly in a quiet suburb, somewhere between Buffalo and Niagara Falls. If you Google her, she’ll pop up there too. And, please do find her. Kelly loves to hear from her readers, and meeting new people. 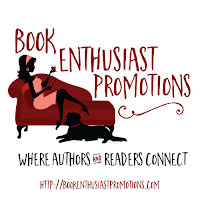 Posted by Liberty Ireland at 2:18 PM